Arsenal have won this year’s edition of the Emirates Cup after they thumped Sevilla 6-0 when the two teams met at the Emirates Stadium in London on Saturday afternoon. The Gunners faced the Spanish team at the Emirates Stadium for what’s their final game before the Premier League opener on Friday. Arsenal will start the new Premier League season towards the end of next week with the away game against London rivals Crystal Palace. The Gunners also started the last Premier League campaign as they were beaten 2-0 by newly promoted Brentfordin the first match of the season through the goals from SergiCanos and Christian Norgaardeither side of the half-time break. 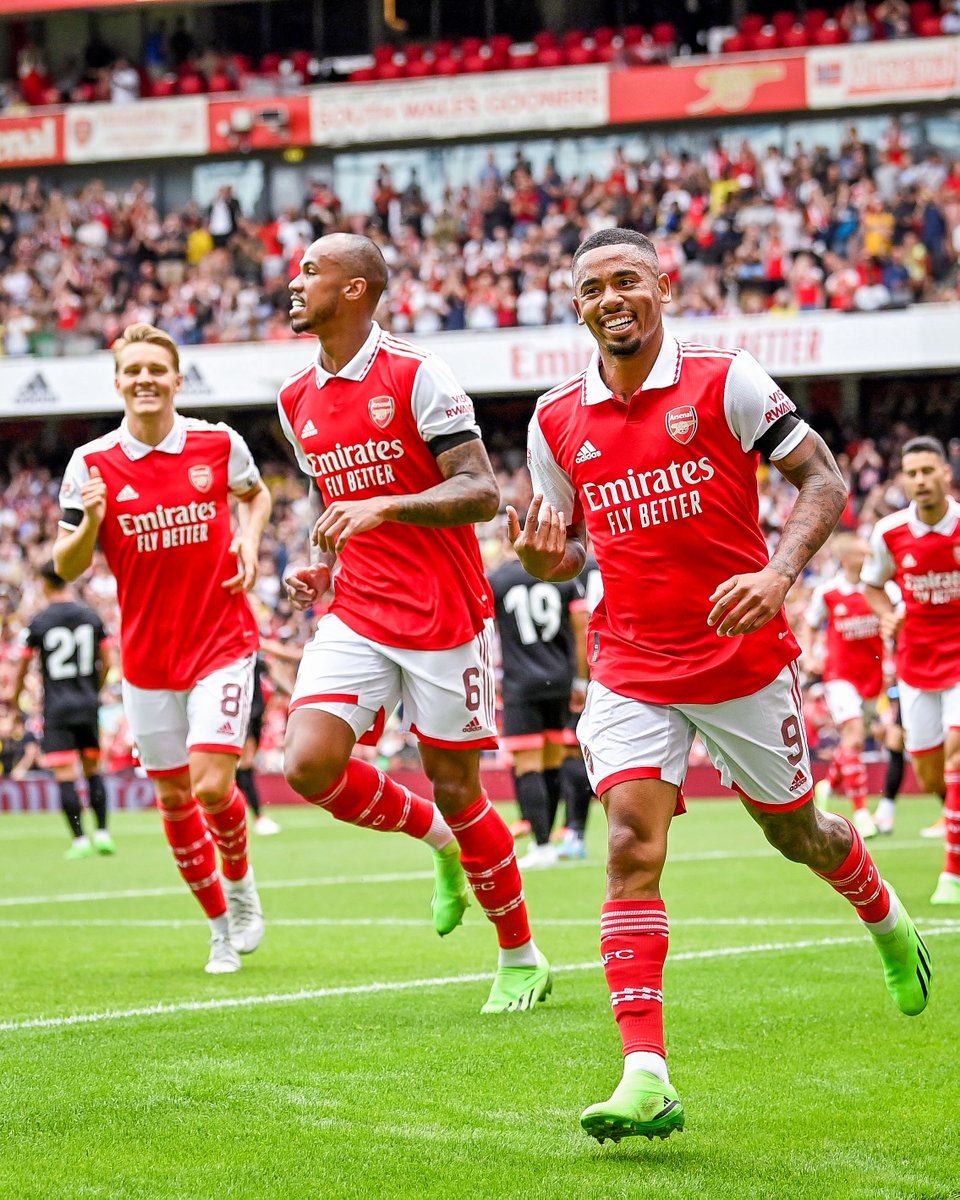 Mikel Arteta and his Arsenal players have been in sensational form in pre-season especially in the last two games with the first team. Arsenal thrashed Chelsea 4-0 in the final of the Florida Cup last week Saturday. Gabriel Jesus, Martin Odegaard, Bukayo Saka and substitute Albert-SambiLokonga were on target for the Gunners as they won the Florida Cup.

For theSevilla game, Gabriel Jesus was the star of the showafter he scored three goals on the occasion of his first game in front of the Arsenal home fans. Bukayo Saka scored the first goal from the penalty spot insideten minutes before Jesus scored the first of his three goals. Jesus added another one before Saka followed suit to make it 4-0 at the end of the first half. In the second half,Jesus completed his hat-trickbefore his replacement, Eddie Nketiah, wrapped up the scoring for the Gunners with three minutes left to play.

At the end of the game, Gabriel Jesus was named the best player after his three-goal performance. It must be pointed out that the two teams dedicated the game to the late Jose Antonio Reyes who played for both teams.