Leicester City have been handed a big boost on the injury front following the news that star striker Jamie Vardy is set to return from thigh injury. He has missed several weeks as a result of the injury. His manager confirmed his availability for selection ahead of the Burnley game on Tuesday. In his pre-match press conference on Monday,Leicester City manager Brendan Rodgers told reporters that the retired England international will be in the squad for the away game against the Clarets. According to him, Vardy won’t start the gamebut he would play some part as he said that the striker has looked sharp in training. 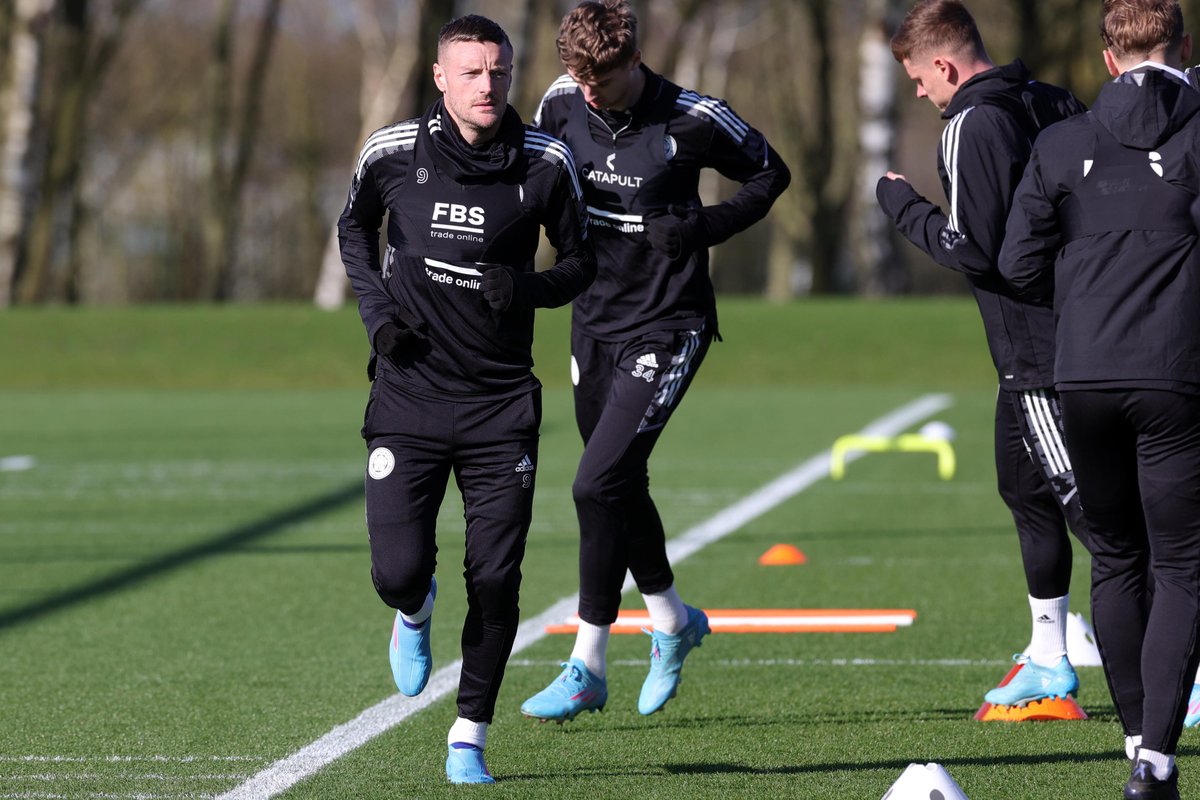 Apart from Vardy, Rodgers also gave an injury update on four others. For experienced fullback Marc Albrighton, the Leicester City boss informed reporters that he should be fine for the Burnley game despite picking up a knock during the European Conference League clash with Danish team Randers on Thursday. The Ex-Liverpool manager said that Albrighton had a little twist during the Randers game before adding that he has recovered and he’s available for selection ahead of the Burnley game.

On young French defender Wesley Fofana who has been out of action for almost a year due to a long-term ankle injury, Rodgers said that he’s on course to make a return to action, but the Burnley game will come too soon for him. His manager went on to say that Fofana has looked good on his return to training and that they are trying to get some game-time for him, but this is difficult at the moment since the u-23 team don’t have a lot of games.

For Belgian fullback Timothy Castagne, Rodgers said the ex-Atalanta player will still need three more weeks to return to full fitness as he recovers from leg and shoulder problems. On young Englishman James Justin, his manager said he would be back from a thigh problem next week.